Jun
21stRihanna to headline Made in America festival 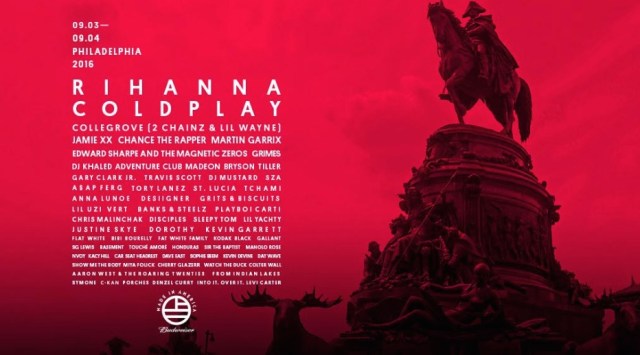 The concert, curated by Jay Z, will benefit United Ways in Greater Philadelphia and Southern New Jersey and Berks County, Pennsylvania. Some of the stages will be livestreamed on Jay Z’s music streaming service Tidal.

The festival will be held at the Benjamin Franklin Parkway on Sept. 3 and 4. Tickets go on sale tomorrow (TIDAL & VIP pre-sale at 10am EST).

Rihanna to headline Made in America festival