Feb
9thBates Motel: Will Rihanna end up in the infamous shower?

Entertainment Weekly: No, those exclusive first look images below of Rihanna driving in the rain and stuffing a case full of cash are not from an upcoming music video. Before the Grammy-winning artist joins Sandra Bullock’s merry band of thieves in next summer’s Ocean’s 8, Rihanna will bring one of the Bates Motel’s most famous guests to life on the small screen.

After reading a November 2015 Vanity Fair interview in which the singer lauded Bates Motel, the show’s producers took a stab in the dark and asked the pop star to cameo as Marion Crane, the  Psycho character portrayed by Janet Leigh in the 1960 movie.  But as the role played into a larger arc for the show’s final season, they grew less confident that she’d sign on. To their absolute surprise,  RiRi did. “She was incredibly excited about it,” says EP Kerry Ehrin, who admits the on-set atmosphere was “jacked up” when Rihanna shot her multiepisode part in November. Ehrin adds: “I needed a security badge to get on my own set. It felt like an event.” 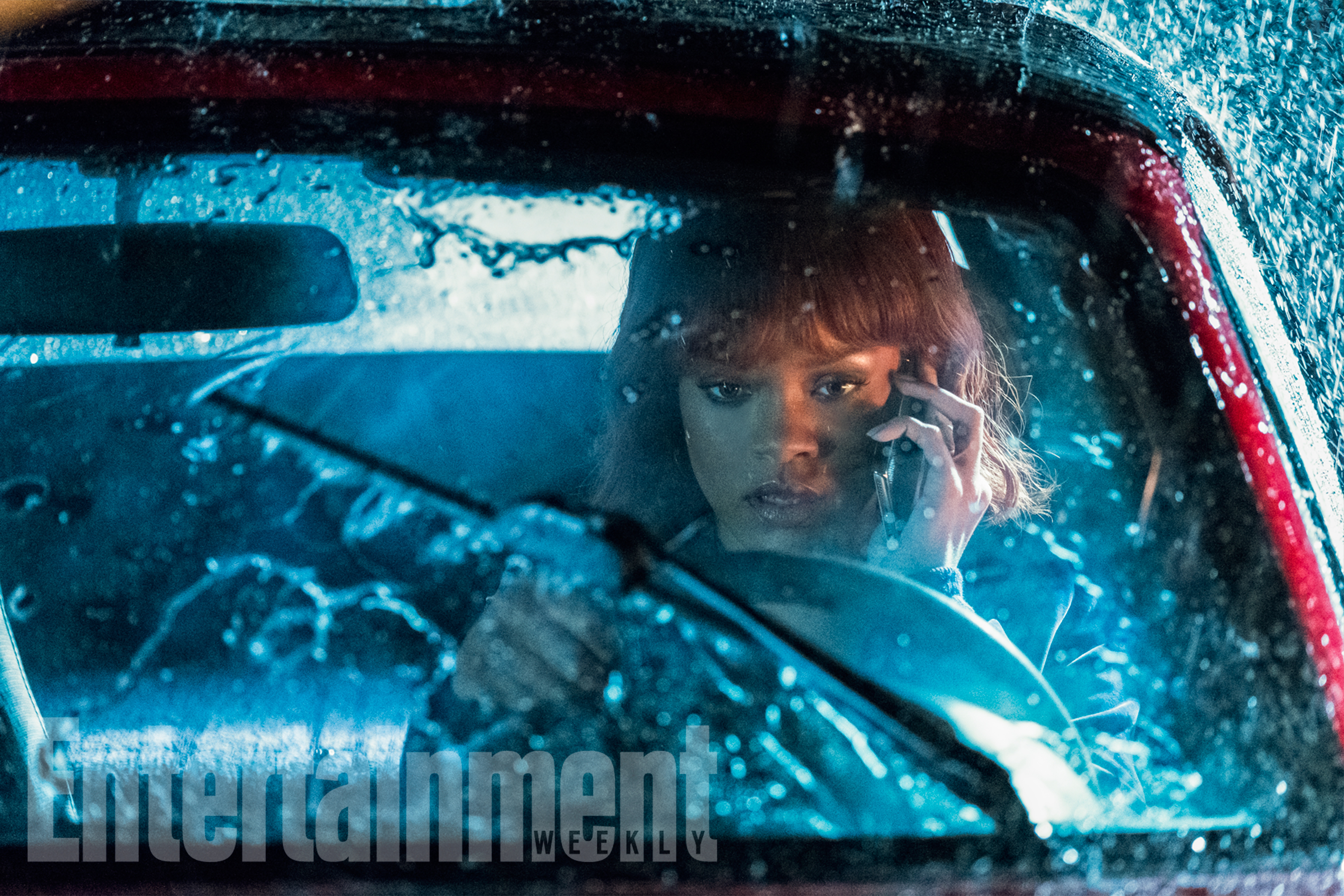 Fans certainly have expectations for the real main event,  Psycho‘s infamous shower scene, which stands as one of cinema’s most shocking deaths. Psycho’s supposed heroine — who steals her boss’ money for her boyfriend, goes on the run, and lands at the Bates Motel along the way — was surprisingly murdered at the end of the film’s first act. Will Rihanna’s version of the character meet the same fate?

“Is there a shower scene?” Ehrin muses. “All I can tell you is that we pulled Psycho into Bates Motel, not vice-versa. That was always the goal and the fun of it. You will have to watch and find out!”

However, Ehrin does note that the show plans to take a more contemporary route with Marion than the original did. “Let me just preface by saying it’s one of my favorite films,” Ehrin says. “But Marion is a woman written in the ’50s by a guy. It was very   much our goal to show you what’s going on in her head to give  her more complexity.”

To do so, Ehrin hints that Bates’ swan-song season will depict events that were otherwise off-screen in Alfred Hitchcock’s movie. “Two different versions of the same story collide in a really explosive way,” she says. Let’s just hope Rihanna packed her shower shoes! Bates Motel returns Monday, Feb. 20 at 10 p.m. ET on A&E. For more inside info on Rihanna’s trip to Bates Motel, pick up the next issue of Entertainment Weekly, on stands Friday.

Bates Motel: Will Rihanna end up in the infamous shower?